By Celebrating Themes From THE DOT Book by Peter H. Reynolds,

The Mississippi Alliance for Arts Education has joined over 22 million children and adults around the globe in 197 countries to celebrate International Dot Day – a grassroots “creativity and courage” movement, started in 2009 by a teacher in Iowa. Inspired by New York Times best-selling author/illustrator Peter H. Reynolds’ classic storybook for all ages The Dot, International Dot Day inspires young and old to embrace the power of personal creativity to help make their mark on the world, and move it to a better place. 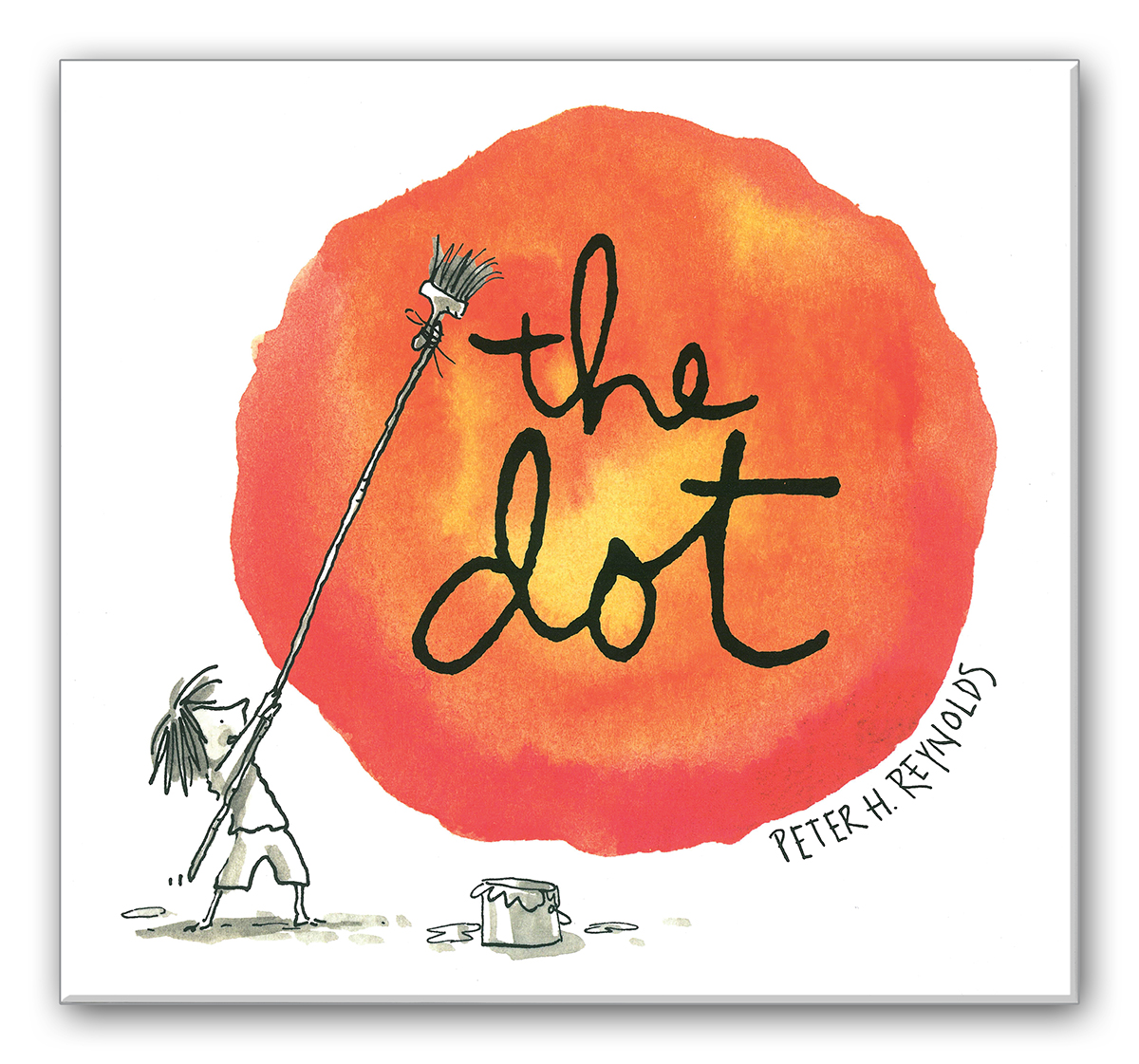 International Dot Day began when Iowa teacher Terry Shay introduced his classroom to Reynolds’ book, and noticed the original publishing date of The Dot was Sept. 15, 2003. Shay and his students decided to celebrate the book’s birthday – and, little did they know, launched what would become a worldwide celebration of creativity and courage to “make your mark.”

“The Dot, is an invitation to students to be creative, and experience a breakthrough in confidence and courage, igniting a journey of self-discovery and sharing, said Shay, a public school teacher for over two decades “Every great teacher works for those transformational moments.”

Exploring the themes of creativity, bravery and self-expression, The Dot is a story of a perceptive and caring teacher who reaches a reluctant student who thinks she can’t draw by encouraging her to be brave enough to “just make a mark and see where it takes you.”  The Dot has been translated into many languages (including Portuguese, Chinese, Korean, Hebrew, Spanish and even Braille) and the animated film of The Dot (produced by Reynolds’ multimedia design and development firm FableVision Studios and co-producer Scholastic) earned the Carnegie Medal of Excellence.

After launching in 2009, International Dot Day garnered increasing attention, simply through word of mouth, in schools, libraries, and communities around the globe. By 2011, registrations had reached 17,500 participants in several states. Noticing the phenomenon, The Reynolds Center for Teaching, Learning, & Creativity (ReynoldsTLC.org), Reynolds’ nonprofit educational R&D and creative learning support center, helped provide program support for the worldwide Dot Day event. The organization built and manages the International Dot Day website (www.internationaldotday.org), which provides free registration for the event, along with many free resources, including downloadable Dot Day Educator’s Handbook, multilingual posters, and an official participation certificate. With the Reynolds Center’s help, participation soared past the 850,000 mark in 2012 – and, by 2013 involvement grew to 1.3 million participants in 84 countries. The count now stands at nearly 22 million in 197 countries.

Shay can’t quite believe how Dot Day has caught on, “The success of International Dot Day is owed to many people who believed in a more creative and connected world and made it happen.”

Indeed, Dot Day celebrations now take many forms; from short art workshops where students make dots and sign them to animating dot-inspired art/stories on the computer, from weeklong school-wide celebrations to a year-long theme for a school district. Teachers are also celebrating Dot Day by using online video streaming to “connect the dots” with other classrooms around the globe.

A copy of The Dot book was even rocketed into space, and read by Canadian Astronaut Col. Chris Hadfield serving as Commander aboard the International Space Station. The Dot’s author/illustrator Peter H. Reynolds explains, “Commander Hadfield snapped a few photos of The Dot book floating in the cupola of the space station. On his last day of his recent Boston visit, he handed me my book, which he had signed, noting that this copy…had made 2,500 trips around the big blue dot – planet Earth.”

The Dot book and its “creatrilogy” companions are now being developed into a musical by TheaterWorksUSA, adapted by composers Keelay Gipson and Sam Salmond. Dot, Dot, Dot: A New Musical will begin touring in 2023. 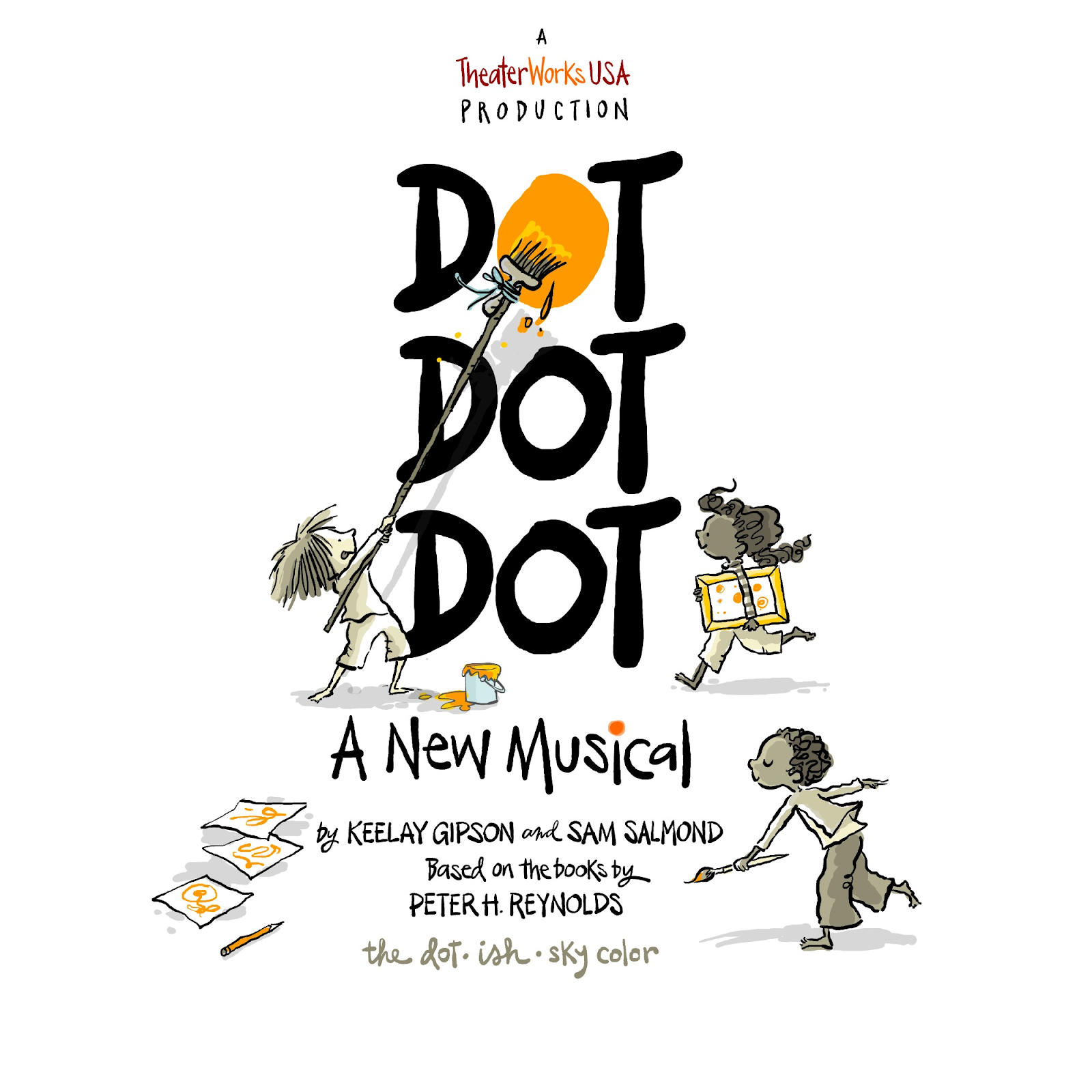 About Peter H. Reynolds and The Dot 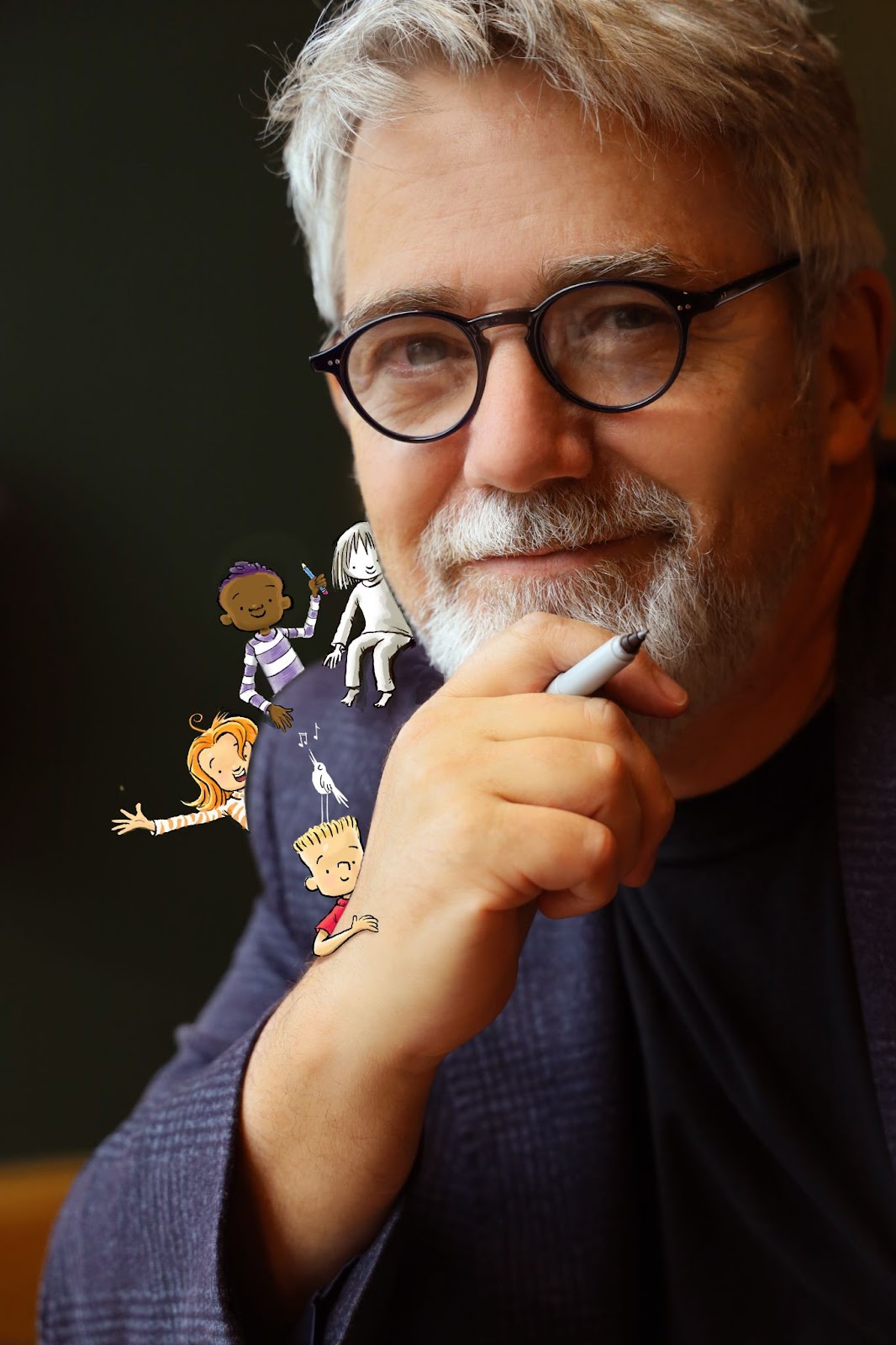 Peter H. Reynolds (www.peterhreynolds.com) is a New York Times best-selling author and illustrator, creativity advocate, and founder of FableVision Studios (www.fablevision.com), an award-winning educational multimedia development company, as well as FableVision Learning, a K12 educational media & technology publisher based in Dedham, MA. Reynolds’ goal is “to help children protect their creative spirit and give their parents, teachers, and caregivers the support and tools to bravely make their mark in learning, creative self-expression, and civic problem-solving.”

In 2007, Peter received an honorary Doctorate of Humane Letters from his undergraduate alma mater, Fitchburg State University, in recognition of his “substantial contributions to education and the arts.” He was named Verizon Literacy Champion for his “tireless efforts in promoting reading, writing and self-expression”, and was also awarded the 2012 Champion of Arts Education Advocacy Award at the Massachusetts’ Statehouse for his “amazing work supporting & promoting arts education.”  Last December, Reynolds was presented with the 2013 Visionary Award by the Association of American Publishers (AAP) for his “insight and exceptional leadership.”

Peter’s book The Dot was named as one of the top 15 “Greatest Books for Kids” of all time by Scholastic Parent & Child magazine – alongside Charlotte’s Web by E.B. White and A Wrinkle in Time by Madeleine L’Engle.

Published in over 25 languages, Peter’s books – including The Dot, Ish, Sky Color, Rose’s Garden, Word Collector, Say Something, Playing From the Heart, I Am Peace, The Water Princes, I Am Human, Happy Dreamer, and The North Star – inspire children and grown up children with his messages about authentic learning, creativity, bravery, empathy, and courageous self-expression. Peter also illustrated the award-winning storybook Going Places, authored by his twin brother Paul A. Reynolds, as well as the best-selling Someday by Alison McGhee, and the Judy Moody series by Megan McDonald, which has sold over 20 million copies worldwide. 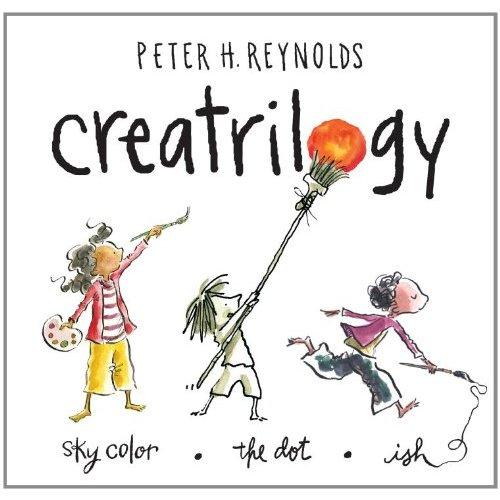 Reynolds’ “Crea-trilogy” series includes three storybooks, published by Candlewick Press, that inspire creativity – The Dot, Ish, and Sky Color.  Other resources now include a Dot-themed guided journal called Start With a Dot, which Reynolds created to encourage children and adults to “make their mark.”

Photos & Art © Peter H. Reynolds. Permission granted to reproduce all art in this release for non-commercial use.

This year International Dot Day will be live streamed from the Metropolitan Museum of Art in New York City in front of a live audience – featuring Peter H. Reynolds and his twin brother Paul.  The live show will be translated into eight languages and ASL (American Sign Language)  and include the world-premiere, sneak peek preview of Dot, Dot, Dot: A New Musical being developed Registration for the live stream event on Thursday, September 15th is free and open to all.  More information at: aka.ms/DotDay.

« Article: Teachers Learn to Use Creative Movement in the Classroom